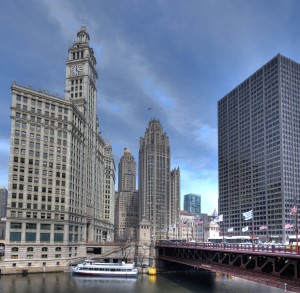 Chicago is spending $.  A Starting Pitcher, A pair of Relievers, and a big bopper for Right Field.  Aside from the Hamilton Mounties they are the only team that has noticeably improved by way of the free agent market, at least to date.

Chicago broke ground in the GLBL with an 86-54 season good for 2nd place in 2014.  However, they had Milwaukee’s number for whatever reason and found themselves in the Championship Series against Thunder Bay.  The Architects came back in 2015 and won another playoff berth this time with an 80-60 record, again good for 2nd place.  This time the Eagles were flying even higher so Chicago’s season ended after the LCS.

To the surprise of many they slipped to 59-81 in 2017 and finished in fifth place which often happens when your batting average plummets and your ERA rises precipitously.  Having tasted the post-season twice the Architects appear hungry to get back into the mix in 2018 and they have the receipts to prove it.

With 24 year old 2nd baseman Joe Romanov ready to graduate to the major league level Chicago will be adding yet another new player to the mix.  A good fielder and hitter he will be a welcome addition to the Windy City baseball dreams.

So, new players with some healthy price tags.  Will it be money wisely spent?  We’re about to find out as S.T. is just around the corner.

*Contract amounts are for total years.