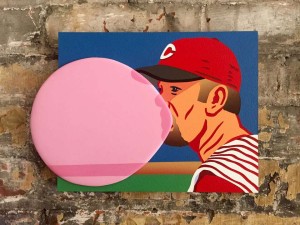 What defines a holiday?  Many are based on calendar events, such as New Years Day, while still others have associations with religious events such as Christmas.  Yet some of us, like me, tend to stretch the boundaries a bit in another direction that will allow for inclusion of one of the most important days of the year… Opening Day, Major League Baseball.

That’s right, and it’s a shame that schools and banks don’t close for this hallowed event, as who among us doesn’t get some level of thrill from that classic rite of spring, when your home team takes the field with hopes eternally high; the sweet smell of fresh  mown lawn wafting around you daring to awaken you from your winter slumber.  The crisp white uniforms of the   players, the well groomed infield and the gigantic lighted scoreboard all combine to carve an indelible euphoric impression in the mind of every baseball aficionado.

It’s amazing, given my complete fascination with anything baseball, that in all my years I have attended only one opening day baseball game.  Oh, I have all the usual excuses… I can’t get off work, I won’t be able to get good seats, there isn’t anyone I can go to the game with, blah, blah, blah.  But not all is lost; I do have a single, solitary, Opening Day attendance  that I can attach to my baseball resume.

The year was 1958. I remember that the Detroit Tigers were playing the Cleveland Indians in old Tiger Stadium, which at the time was named Briggs Stadium.  My father, who had never taken me to a game before (or since), was my companion as Al Kaline and company played in front of a sold out ball park while trying to get the Tigers off on a winning note.

With 46,598 fans in the old ball park I saw a rare baseball play I would never, ever, see again, in spite of the fact that I have watched thousands of games since that Friday, April 18th, 1958.

At bat for the Tigers was their pitcher who, as pitchers often do, was bunting the baseball attempting to make a sacrifice play.  The Indians short-stop fielded the ball and threw wild to first base, allowing the Tiger batter to round first and head to second.  At that point the Indians first baseman, Rocky Colavito, fielded the errant throw and attempted to throw out the advancing Tiger.  His arm proved no better than the short-stop’s and his throw sailed past the extended 2nd baseman’s glove.

As the ball rolled into the outfield, the surprised Tiger runner got up and headed to third base, sliding into the bag ahead of what would be yet a third errant throw, this time by the center-fielder Gary Geiger.  The surprised and winded Tiger pitcher got up, saw his opportunity and rumbled into home plate, scoring a run.  I can remember thinking

The following Monday I told all my friends at school about ‘the homerun on a bunt’.  Yep, I saw it.  Me and my dad saw this freak of nature… ‘the home run on a bunt’.   It made me feel special that I witnessed such a momentous occasion.

Of course, baseball has a protocol regarding the scoring of batted balls, and in this case they would assign 3 errors to the Cleveland Indians on those plays, which negated the assignment of a hit, yet this fact did not even slightly deter my claim of having seen a ‘homerun on a bunt’.

My beloved Tigers lost the game 7 to 5, that much I remember for sure.  An interesting note to this story is that for 52 years I remembered Phil Regan as the Tiger pitcher who got the  ‘home run on a bunt’, but when I looked it up on a Baseball-Reference site the other day I realized it was not Phil Regan at all.  It was a player I’d never heard of, by the name of Tom Morgan.

That discovery was initially disappointing to me, as I’ve been telling this story for, as you know by now, 52 years, stating the Phil Regan had hit a homerun on a bunt.  Interestingly, the disappointment was only fleeting as I read on to learn that Morgan had a nickname; his nickname was Plowboy.  I’m thinking that’s a pretty unusual nickname, Plowboy.  Tom Plowboy Morgan, I say to myself.  It takes but a few seconds and I know I can live with this.

So now, when I begin the story, I start out with, “Hey, did I ever tell you about the time I saw Tom Plowboy Morgan hit a homerun on a bunt?”